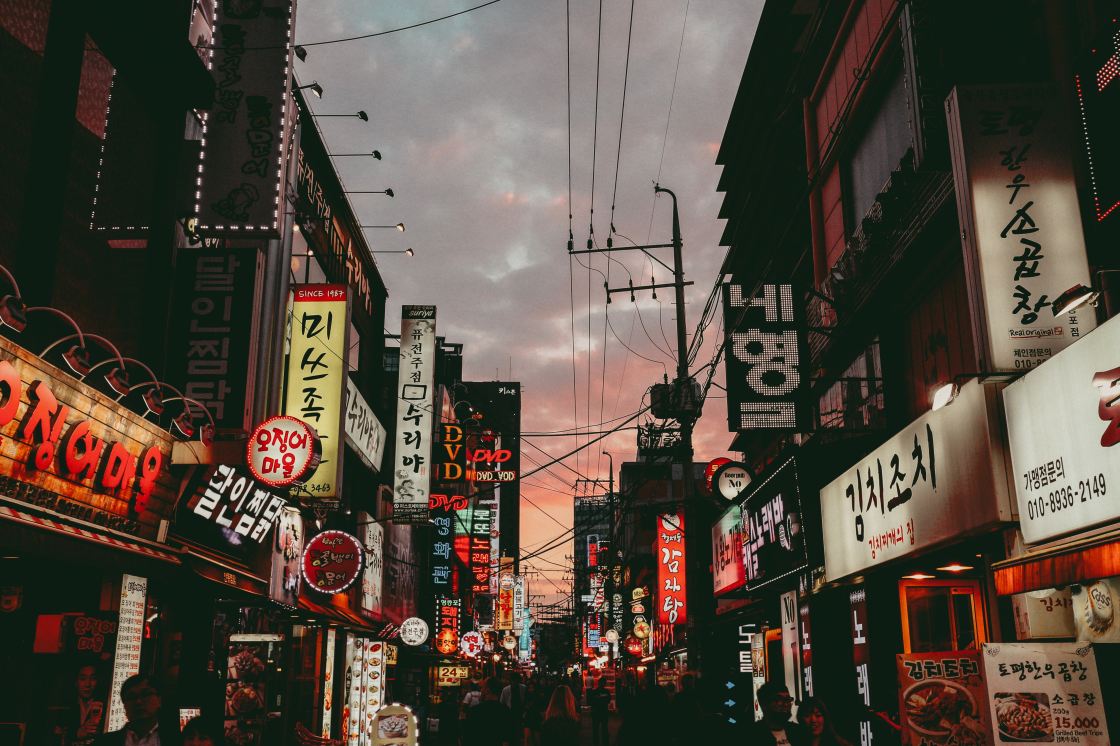 Seoul, how to spend 48 hours in style

Are you ready to hear how we have beaten  a rude weather in Seoul by minus 10 degrees and still had a fab time? You can imagine how a challenge it was for a summer girl like me ! All tricks were used, the more layers the better!
Seoul is not as popular as other destinations in Asia like Tokyo, Beijing for international travellers. You won’t see as many fellow travellers from Europe and the States here, though many students come to South Korea to teach English. But following the 2018 Winter Olympic games Seoul has been on the rise of travellers bucket lists. Most travellers until now were coming from nearby Japan and China mostly for shopping the latest trends. But this is about to change now! and it got the gangnam style, get your dancing skills ready to K-pop it!
Seoul has everything needed to have a great time, a fabulous and innovative food, Korean architecture, traditional temples, K Pop, technology advances…and guess what? Many places are opened 24 hours from spas to markets… and a lively night scene.  And all of it relatively cheap, which makes it all the better!

Seoul has within the city a traditional village. Hop on for a culture bath and travel back in time at Bukchon, a well preserved traditional village. It might be the best kept secret of the city, you walked in as we were walking around the streets of that neighbourhood. Wander the narrow streets and its traditional houses, it really feels like you travelled back in time with still been aware of modernity with the peak view of the city. You’ll find nearby, as well, art galleries, craft shops… in between shops, go to a traditional tea house.

Next take the trip to one of the most visited site of the city, Gyeongbok palace, home once of the emperors. Because Seoul happens to be South Korea capital you will find an important number of historical sites. Seoul has not only one but five different palaces, more than enough for the explorers we are, running in between palaces to brave the omnipresent cold.

And for a true experience you can rent the traditional dress, the hanbok, which will give you free access to the palaces. This how to combine fun on a budget!

Seoul has various markets but the largest one, Namdaemun Market, is opened from 11pm to 4am. This is the perfect place to experience Korea’s snack culture, your palate resistance to spice will be tested, you’ve been warned! With as well cheap goods, souvenirs, and fresh products.

​Let’s talk about food!! Dumplings have taken over in London the Asian dining scene. If you adventure yourself in China Town, the dumpling have taken every window.  But be ready to open your purse! While in Seoul, I have discovered the Kimchi mandu, a Chinese style dumpling. That is all that was missing after a day out.
Speaking about food, an authentic Korean barbecue was a must have.

If you love animals, Seoul will be the perfect playground, with a multitude of cats and dogs cafes all over the city. One of the good thing of these cafe is that you pay an entrance including a drink, and they you there playing like a child as long as you want. Take a sip of your green tea while playing with puppies. How can you be cutter?
My tip? Show up in the middle of the afternoon, so that you can enjoy the feeding time. The staff will most likely give you sample of food, and you will be surrounded by cats in no time to count. ​

There is truly a night life in Seoul, Koreans love to have fun, and they have developed in that purpose what they call the “station system”. You would start dinner in a restaurant, followed by drinks in bars, a karaoke session, followed by more drinks and street food. The city has dedicated areas to nightlife, like indeed Gangnam and Hongdae.
And if you want to finish the day catching one of the best view of the city, head up to the N Tower, which offers one of the best panorama no matter the time of the day, and a romantic spot where locals and tourists left an impressive numbers of padlocks. To be compared to Le Pont des Soupirs in Paris.

These two days have just been so refreshing, getting to know a new culture and a way of life. There are so many things left to explore, and we will back for sure!